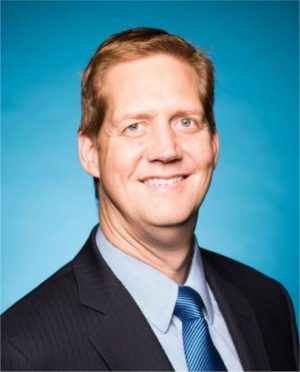 Jim W. Butler has been with American Airlines for more than 21 years and has held numerous high positions during his career, including as cargo president.

But this year is particularly important after he was named in January as senior vice president-international cargo, in-charge of strategic initiatives at American’s 114 stations in Asia, the Caribbean, Latin America, Europe and the Pacific.

He is also the man steering the wheel for the airline’s cargo business, including its operations, marketing, sales and overall strategy.

A graduate of Cornell University with Master in Business Administration from the Kellogg School of Management at Northwestern University, Butler was one of six top key people at the company who was tapped for the core integration leadership team responsible for the merger of American Airlines and US Airways in 2013.

No surprise at all as Butler is known in the company for his integrity, dedication and expertise in finance with extensive background in sales, marketing, pricing and operations.

He has held positions that were based domestically as well as in London and Buenos Aires in revenue management for American and Aerolineas Argentinas, interactive marketing, global sales planning and analysis as well as finance for Europe and Asia.

He also served as managing director of Commercial Planning and Performance, where he had responsibility for American’s mainline and regional fleet, network profitability analysis, large-scale strategic project oversight and commercial budgets.

Butler’s duties and responsibilities seem overwhelming but this father of two from Lewisville, Texas, balances everything with his other passions—traveling, flying and skiing—whenever there’s opportunity.

“Naturally, we like to travel,” Butler was quoted as saying in the Miami Herald where he discussed at length the state’s importance in AA’s cargo business with Miami the gateway to 100 million pounds plus of weekly cargo lift to cities in the United States, Europe, Asia, Canada, Mexico, the Caribbean and Latin America.

Butler apparently learned how to fly as a teenager and is a licensed private pilot.

The airline executive whose mother is from Peru also speaks fluent Spanish.

Described as affable, interested, approachable and enthusiastic, Butler is highly regarded in the industry, for a number of good reasons.