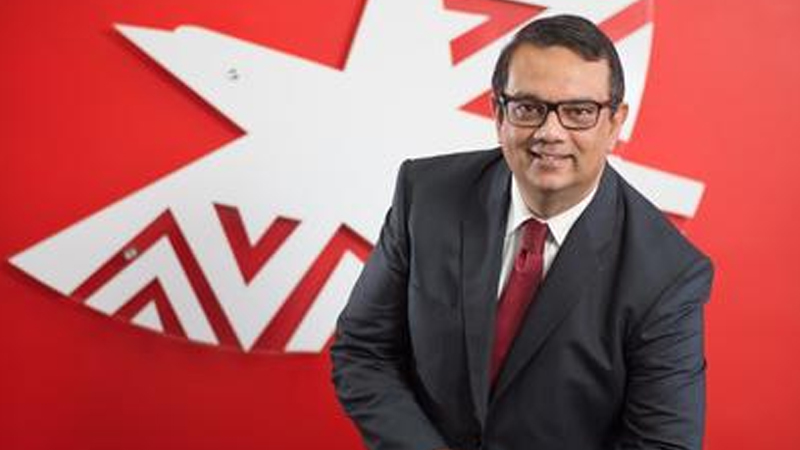 The airline CEO who loves ﬁshing and reading

João Carlos Pó Jorge began his career in aviation in 1985 as mechanical engineer with LAM Mozambique Airlines, the national carrier of Mozambique.

Within just two years, the airline promoted him as Head of the Engineering Department, mainly responsible for the design and manufacture of aircraft and components by Boeing, General Electric, SELL, among other major aerospace manufacturers. His responsibilities grew even more as years passed by entailing lots of travel across the world and skills to learn.

In 1995, Jorge accepted the challenge to join the team of Pratt & Whitney, a North American company dedicated to the manufacture of aircraft engines, where he was Client Support Manager in Africa from 1995 to 2013.

That job brought him to the US, Zimbabwe, Senegal and Ethiopia, setting up oﬃces in remote locations while coordinating the top management improvement activities in airlines in Africa, speciﬁcally in the operational, commercial and ﬁnancial areas. He also got involved with commercial contracts between airlines, and the detailed investigation of accidents, as well as the design and implementation of recommendations, and the introduction of management tools in airlines in Africa.

In 2013, Jorge was invited to join LAM’s Board of Directors. In 2018, he was called to serve as LAM’s Director General, mainly tasked to restructure the airline and making it more proﬁtable to boost the country’s economy with aviation playing a crucial role in supporting Mozambique’s newly-discovered gas reserves about the size of Kuwait.
Mozambique stands to potentially become the fourth largest gas supplier in the world. Production is expected to begin this year and a reliable air transport industry is very important in its success.

Jorge said running an airline is not an easy task. It involves a lot of discipline, knowledge, understanding, right decisions and keeping up with the latest innovations and trends on many fronts.

By 5 am, Jorge is already at the airline’s head oﬃce and doesn’t leave until 5 pm.

“I go to work at 5 am,” said Jorge who also has an MBA in International Management from the Thunderbird School of Management in Arizona, USA, and in Airline Management, held by British Airways, in Luton, England. “This is a very stressful job that needs team eﬀort. I rely on my trusted team to deliver our best performance.”

With his job requiring so much time and work, Jorge says he makes it a point to go to the beach with his family and friends or go ﬁshing whenever he ﬁnds the opportunity.

“I deﬁnitely love spending time with my family and friends in the beach or going ﬁshing. Mozambique is a great place to go ﬁshing. It has abundant resources and is also very good for deep sea ﬁshing,” he said.

Apart from that, this busy CEO also ﬁnds joy in reading, especially those that inspire people.

Among his favorites is “The Global Aviation Industry” penned by Peter Belobaba, Amedeo Odoni and Cynthia Barnhart of the Massachusetts Institute of Technology (MIT).

“I think it’s an extremely well written book and explains all ﬁelds about the aviation industry. I insist even on my team to read that,” he shared.